It was the last thing we expected.  For some, it was a shock. For others, it was a complete turn off. For almost half a decade in the 2010s, we were presented with no new Bob Dylan songs. Instead we got no less than FIVE albums of Dylan singing selections from what, in recent years, has come to be known as ‘The Great American Songbook’.  GAS, for short, perhaps. And Dylan gave us an awful lot of that ‘GAS’. In every live show between 2014 and 2018 he would intersperse his own songs with ruminations on his Melancholy Mood’, regrets about The Night We Called it A Day, a desperate demand for All or Nothing at All or a finger-snapping evocation of ‘That Ol’ Black Magic’. While performing these songs he would stand centre stage, without an instrument, under direct old fashioned lighting, illustrating the emotions he was conveying by means of a series of weirdly eccentric gestures, leaning in and out towards and away from the retro microphones and shuffling from toe to toe like a slightly punch drunk sparring partner. Not everyone thought it was a knockout. But Dylan was never going to be distracted from this strange new musical obsession. We sat, we watched, we applauded politely, we looked forward to him rocking out on Highway 61 Revisited  or All Along the Watchtower. But sometimes it just felt like he was knocking them out. His real passion seemed to be for these old tunes. 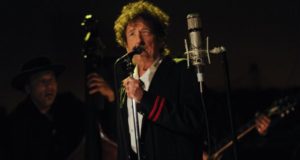 We should not have been surprised, though. Throughout his career Dylan’s live performances have often being designed to challenge – even to ‘freak out’ – his audience. In his early acoustic days his concerts featured him chatting away wittily and sardonically to enraptured audiences who hung onto his every word. In some alternate universe there is undoubtedly a Bob Dylan who is still a folk singer, entertaining us with his witty patter while he delivers sharp commentaries on events of the day. But in our particular reality things have always been different. Soon Dylan was drowning out those ever so clever collocations of rhyme and imagery with the loudest rock’n’roll anyone had ever heard, and fighting off armies of booing, cat calling ‘fans’ who were convinced he had sold out. Just a few years later, when there would have been a huge demand for him to perform in this way, he largely hid away from public view. In his only major appearance during his years of domestic retreat, headlining the Isle of Wight Festival in 1969, he presented himself instead as a down home country singer, deliberately confusing the assembled hippie multitudes. A decade later he really did freak us all out by spitting fire and brimstone and prophesising the imminent apocalypse. In the early 1990s he took to the road with a minimal band and mumbled his way through his entire catalogue. Then, as he welcomed in the new millennium, his shows became ‘professional’, almost ‘slick’. He had plenty of great new material. So why on earth should he now devote half of his shows, two single and one triple album to his take on the Frank Sinatra songbook? 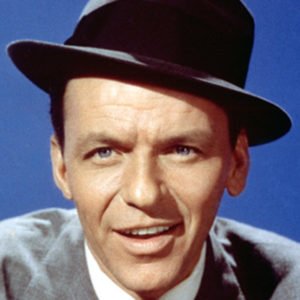 Time to play Sherlock. Consider the clues in our ‘detective bag’. Dylan had done much to invent modern rock music. He liberated it from its teeny origins, gave it a distinctively literary voice, helped The Beatles from Please Please Me to I Am The Walrus in just four years. Leonard Cohen, Neil Young, Joni Mitchell and many other articulate song writers followed gratefully in his wake. By the 1980s rock had been through its folk stage, its jazz stage, its heavy stage, its classical stage and then its iconoclastic punk denouement. What else was left? Not a lot, it seemed. The age of great creativity in rock music was already over. By the time of the emergence of the Stone Roses, Oasis and Nirvana in the 90s it was doomed to always look backwards. Meanwhile the rock behemoths of the 60s ‘golden age’ continued to sell out bigger and bigger stages and larger and larger and ever more corporatised festivals. Dylan found himself touring with the Heartbreakers and the Dead in support, his creativity burned out. He would never be satisfied with merely churning out his old hits. He had another plan, which involved him recycling his catalogue in almost unrecognisable forms in front of any audience at all, even the military graduates of West Point and massed ‘young catholics’ at a music festival at which he ‘co-headlined’ with the Pope. Meanwhile every show featured covers – of old folk songs, old blues songs, zinging bluegrass ditties, songs by his contemporaries like Zevon, Simon and Cohen. He would also sneak in a few real outliers – in 1993 at a Global Guitar Telefest he gave his own distinctively teasing reading of a Nat King Cole number Answer Me. It was a portent of what was to come. But the real clues can be found in his radio show Theme Time Radio Hour, which ran through the late 2000s. Yes, he played plenty of what you’d expect – many old blues, folk and country songs. But almost half the material he ‘spun’ on the non-existent turntables in the fictitious ‘Abernathy Building’ consisted of songs by singers from the old ‘sentimental’ tradition, including Sinatra, Dean Martin, Judy Garland and Bing Crosby. In this freewheeling selection, interspersed by Bob’s pithy interjections, the coming of rock’n’roll was just another feature of the smorgasbord of American entertainment that our cheery, magnanimous host laid before us. 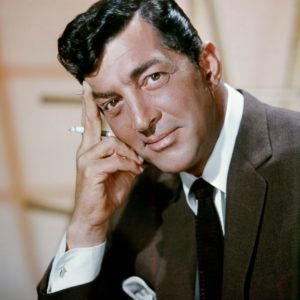 This was particularly ironic because Dylan himself had been one of the most prominent figures in the reinvention of popular music that occurred in the 1960s. Dylan’s songs, and his triumphal arrival as a rock star with Subterranean Homesick Blues and Like a Rolling Stone had done much to break down the old structures of the music business. Between the 1920s and the 1950s, the dominant model in that industry had been one in which songwriters – usually working in teams of two (often as composer and lyricist) worked for music publishers to supply material to singers. Many popular songs were written for musical films or stage musicals. ‘Family entertainment’ was the norm and romantic love the almost universal currency of this era. To 50s teenagers – like Dylan, The Beatles and the rest of the first rock generation – the products of this era seemed to be old fashioned, boring, maudlin and heavily sentimentalised in comparison to the adrenaline rush of rock’n’roll, the grinding sexual beat of the blues and the authenticity of the folk tradition. By the mid 1960s the old system had broken down and performers were expected to write their own material. Dylan once even boasted that he personally had killed off ‘Tin Pan Alley’. Now he appeared to be embracing the work not only of renowned artists like the Gershwins but also of ‘Hollywood’ songwriters like Rodgers and Hammerstein. 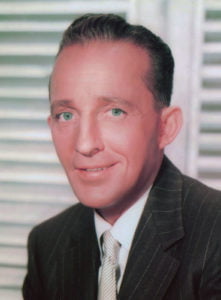 A number of rock stars have recorded the old ‘standards’, often as their careers waned and they were running out of ideas. Rod Stewart recorded a whole series of ‘Great American Songbook’ albums, giving the songs the full orchestral treatment. But the last thing Dylan was going to do was to indulge in such schmaltz. He seemed to have discovered qualities in the music that had been ‘buried’ over the years, in which these songs had been covered by every ‘light entertainer’ in town, often lip synching the songs on their TV variety shows backed by invisible orchestras. Instead he treated the songs like his own material, working in the studio with his own band, stripping them down to their basic melodies. In a 2014 interview, revelling in his usual word play, he set out his intentions: 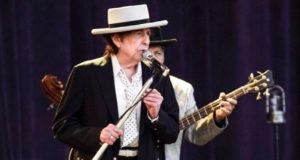 “I don’t see myself as covering these songs in any way. They’ve been covered enough. Buried, as a matter a fact. What me and my band are basically doing is uncovering them. Lifting them out of the grave and bringing them into the light of day.”

In the next part of this blog I will be ‘uncovering’ some of Dylan’s approaches to this material…..