Be Seeing You – Decoding The Prisoner 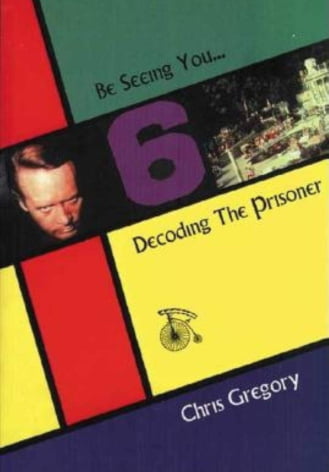 Be Seeing You: Decoding The Prisoner is a detailed study of the legendary late 1960s TV series, conceived by and starring Patrick McGoohan, which was one of the first shows to demonstrate that television could be a powerful art form. Its influence on modern ‘box set’ and streaming TV shows is incalculable. Part One The Prisoner As Television Text looks at the uses of various genres in the series and gives an account of its production process, against the backdrop of the ‘cultural revolution’ of its time. Part Two The Prisoner As Allegory analyses every episode in detail and shows how what began as a ‘mysterious spy thriller’ with a distinctly Orwellian and Kafkaesque scenario morphed into a darkly profound examination of the human condition. Part Three The Prisoner Today examines its subsequent influence on the medium of television and how its satirical and often surreal depiction of a ‘surveillance society’ has become increasingly relevant. There is also an exploration of The Prisoner as an example of cult fandom and of its treatment of gender relations.

Supplementary material, including an episode guide can be found HERE

Be Seeing You: Decoding The Prisoner is a book for the reader who wants some analysis and some depth but wishes to avoid a conventionally dull academic approach. As well as being an essential read for serious Prisoner devotees, the book examines the whole nature of TV as a medium and attempts to define a new aesthetic for it…

Be Seeing You: Decoding The Prisoner attempts to answer a number of key questions about the series. Who is the Prisoner ? Where is the Village? Which side has built it, East or West? What is that weird white ball? Who is Number One ? Why do the debates still rage thirty years later? How did Patrick McGoohan gain so much control over a TV series that he created a vehicle for his own dark, idiosyncratic view of modern life? How does the series break with the conventions of television to deliver its still unsurpassed surrealistic climax?

And why can the Prisoner never really escape?

PART ONE: The Prisoner As Television Text looks at the series as a genre product – in particular as both a secret agent and science fiction piece. We see how McGoohan distances himself from the misogynistic but (then) fashionable attitudes of the James Bond-type ‘super spy’. We examine how television series fill many of the functions of traditional mythical stories, and how TV heroes become our modern mythological hero-figures, reflecting the concerns and aspirations of the TV viewing public.

We also look at how the series was made, and how Patrick McGoohan came to be in the extraordinary position of being able to assume full authorial control of the series.

We see how he gradually steered it away from the conventional structures of TV (and the setting of the Village itself) towards the bizarre and unprecedented final episodes, which in many ways were a TV counterpart to the psychedelic era then exploding in the music world.

Also discussed are the theatrical (and frequently Shakespearean) elements of the series and its cinematic qualities, achieved at the cost of the apparently ‘impossible’ work schedule that McGoohan imposed on his production team. The nature of television as an artistic medium – and of the TV series as a particularly ‘televisual’ form – is examined in detail, and the case is made for The Prisoner as a classic ‘television text’.

PART TWO: The Prisoner As Allegory is a detailed analysis and commentary of each episode which traces the evolution of the ongoing story, from the Prisoner’s early attempts to escape to his eventual attempts to subvert and destroy the authority of the Village. The series is examined as an allegory – a symbolic story depicting the modern condition – with each episode focusing on different aspects of our society – such as education, psychology, gender relations, politics and social control.

The episodes are grouped along lines suggested by the mythological archetypes of the inner, allegorical journey of the mythical hero. The final episodes are examined in detail in terms of political, social and spiritual interpretations. We examine who Number 1 really is and look at the finally circular, symbolic nature of the unfolding story.

PART THREE: The Prisoner Today looks at the series from a 1990’s perspective, and examines the extent to which the series’ prophetic vision of . . . the whole earth as the Village . . . has come true. There are also explorations of the’cult’ surrounding the series in the context of TV as a ‘ritual’ process, of issues surrounding sexuality and gender relations in the series as well as some speculations on The Prisoner’s status as a TV ‘classic’. The final chapter considers The Prisoner as a ‘prophetic’ text which forsees the ‘suveillance society’ we live in today.

There are no reviews yet.