The world has gone black before my eyes…

Across the courtroom the judge reaches for his black cap. Now he is poised to settle it on his head. In that moment, for Lost John, time freezes. It is as if he has stepped out of himself, like he’s an actor in some projection of his own. First he is confronted with an all-enveloping blackness, as if the hangman’s hood has already been placed over his head. Maybe it already has. Maybe he’s already dead. He can hear no clocks ticking. Out of the darkness, images of the last few weeks flash in front of him. He’s sitting near where two railroad tracks cross over each other, both leading to unknown destinations, kicking his feet in the dust. And there is the beautiful Nettie’s face, looming up in front of him. Harsh, unintelligible words being exchanged. Then there is a bottle of whisky, being spilt. A knife flashing in the light. The world spinning off its axis. And then the creak of the gallows. As the judge utters those dread words, Lost John tries to pray. Maybe it’s not too late, even now, for him to be redeemed…

Nettie Moore is one of Dylan’s saddest, most tragic, songs. It begins and ends with an ominous drumbeat, which continues throughout. It expresses deep regret at a life wasted and its narrator sees no real hope for the future. The original nineteenth century folk song Nettie Moore – from which Dylan borrows the first line of the chorus – was the anguished lament of a male slave separated from his love by his darling Nettie being sold down river. The singer’s only consolation is the thought of being reunited with her in heaven. Dylan transposes this anguish into one of his favourite folk idioms, the murder ballad. In his Nettie Moore the singer has, in a moment of mad passion, knifed his love Nettie to death. Yet although he tries to reach for spiritual consolation, there is really little to be found. The scenario is located, as with so many of the songs on Modern Times, somewhere in a sepia-tinted past, some time between the Civil War and the 1920s. Yet at times we have a nagging feeling that this time may be now. As with so many of Dylan’s most complex songs, the narrative shifts and slides through time, as the narrator’s recollections overwhelm and confuse him. 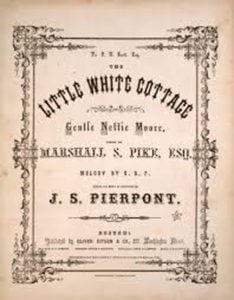 The song begins by introducing the narrator, ‘Lost John’, who sits – in the time honoured blues tradition – ‘on a railroad track’. In the blues the railroad symbolised many things – freedom and escape especially – but this is a man with no sense of direction, an ‘everyman’ (a ‘John’) who is spiritually ‘ lost’. The traditional blues imagery in the first verse (blues fallin’ down like hail…) is counter posed against some oddly modern rhymes: …Something’s out of whack… the narrator muses. And the blues will …leave a greasy trail… Already there is a sense of uncertainty, of displacement, of a figure to whom these ‘modern times’ brings only confusion. Later we learn that the singer is sitting …where the Southern crosses the Yellow Dog… a reference to W.C. Handy’s Yellow Dog Blues, describing a point in the small town of Moorehead (where Nettie comes from?) where two railways cross. Lost John is thus, as in Robert Johnson’s famous song where he ‘sells his soul to the devil’, at a kind of crossroads – he’s at the junction of two possible paths in his life. But he cannot stand. He merely sits, in despair, and weeps. His route on a ‘long dark train’ has already been chosen. Dylan’s voice veers between sweetness and harshness as the deathly drumbeat continues behind him. At first Lost John begins to dream – he imagines that he will follow one of those railroad tracks, travelling around the world with his ‘cowboy band’ to return to his love. He testifies to his devotion to his love, telling her he’d …walk through a blazin’ fire… to get to her. But as the first chorus kicks in, we may already begin to identify those flames as the licking of hellfire. Lost John has no escape. His happiness is over. Although winter has been succeeded by spring, the world has gone black before his eyes. 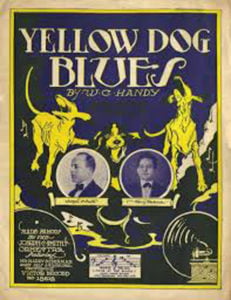 The next verse lurches oddly between a rather garrulous complaint about there being …too much paperwork… in the modern world and a reference to Frankie and Albert, protagonists of perhaps the most famous American murder ballad (covered by Dylan on Good As I Been To You). Then the narrator mutters …I’m beginning to believe what the scriptures tell… But it’s becoming pretty clear that he’s gone beyond the need for any spiritual guidance. Now the dead Nettie is whispering in his ear, promising to ride with him to the ‘top of the hill’, a phrase that recalls Dylan’s own It Takes A Train To Laugh (1965) in which the lover and his girl confront the prospect of looming death together. But while the originally released version of that song on the Highway 61 album is relaxed and philosophical, here we are presented with a growing sense of panic. After the next chorus we are taken into another flashback scene, as the narrator is overwhelmed by the lust he felt for Nettie, slyly (and in a manner typical of blues allusion) using food as a metaphor for sex: … She been cooking all day, it gonna take me all night /I can’t eat all that stuff in a single bite… But then we are jolted into the real present tense of the song, as the hanging judge enters the room. He tells himself to …lift up your eyes…. But, of course, the world has gone black before those eyes and all he can do is immerse himself further in the past. Lust gives way to anger as he drunkenly accuses Nettie of calling him ‘dirty names’. The next line is very threatening: …When I’m through with you, you’ll learn to keep your business straight…

In the final verses, Lost John stands with the hangman’s hood over his head. He confesses that his love for Nettie is still overwhelming, obliquely revealing his murder weapon: …no knife could ever keep our love apart… In his last moments he repents, wishing to …raise the voice of praise… He is ‘standing in the light’, and in the song’s most heartrending line he cries … I wish to God that it were night…. But this is a deeper darkness, and though he tries to take consolation in imagining he will meet Nettie after death ( …a life time with you is like some heavenly day…) Dylan’s delicate and sensitive performance of this tortured narrative foreshadows the apocalyptic conclusion that Modern Times will accelerate towards in the next two songs. The voice swells with sympathy for his narrator’s plight, but it seems that no prayers can save him. A flash of a knife, and darkness has descended… permanently. The music never strays from its funereal tone. Nettie Moore investigates in a very moving way the consequences of sin – it weights a lifetime of good intentions against a moment of madness, when passion merges into violence. For Lost John, his Deal has gone down. There is no way out for him now. Religion will offer him no consolation. Yet the song aches with compassion, edging just this side of tears throughout, balancing nostalgia against unnameable dread. 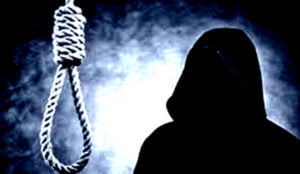 The song dramatises the spiritual crisis which is the real subject of Modern Times. It is a very ‘modern’ crisis which affects us all. Many of Dylan’s greatest songs – from A Hard Rain’s A-Gonna Fall to Desolation Row to Idiot Wind – have confronted, and even apparently embraced, a chaotic world view. … I accept chaos. I am not sure whether it accepts me… as he once famously told us. In many others, from The Lonesome Death of Hattie Carroll to With God On Our Side to Hurricane – have pleaded eloquently for the need for natural, universal justice. Other songs like The Wicked Messenger, Blind Willie McTell, and Ring Them Bells have presented a vision of a world in which there are, and can never be, any real answers, only …power and greed and corruptible seed… Nettie Moore, and the songs which follow it on Modern Times, belong to this group. At the beginning of the album Thunder On The Mountain (another song which embraces chaos) smartly defies the Devil, but here the spirit of darkness cannot be denied. The bleak fatalism that Dylan conveys is deeply rooted in the world view of the blues. Just as a song like Robert Johnson’s Hellhound On My Trail (from which the line ‘blues falling down like hail’ is referenced) presents a narrator whose stance appears to be beyond any sense of ‘everyday’ morality – a sinner simultaneously dreaming lustfully and experiencing extreme paranoia – so Nettie Moore stares unequivocally at the face of Death and pronounces its own judgements on itself. There is no way out. Sweet talking will never do the trick. The narrator tells us that …Everything I’ve ever known to be right has been proven wrong… There is a kind of terror behind the song, a fear of a chaotic universe in which there is no God, no universal principle, no divine Mercy. In Nettie Moore Dylan bravely embraces chaos again, plunging himself into the expressive creativity which now serves as his spiritual solace. In his sad but not mournful tone, he wrestles with the sacrifices that the artist must make to do justice to his own creative spirit. Spiritual consolations must be rejected and chaos, it seems, must be embraced.