Happiness is but a state of mind.
Anytime you want, you can cross the state line…. 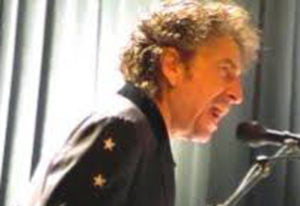 Waiting For You was written for the soundtrack of Callie Khouri’s 2002 movie, Divine Secrets of the Ya-Ya Sisterhood, a wryly bittersweet and avowedly feminist tale centred around the complex relationship between a mother and daughter. As with Things Have Changed, Dylan seems to have used the song as an exercise in rather oblique storytelling, which broadly follows the theme of the film. In the movie a well known female playwright Siddalee Walker (Sandra Bullock) engages the wrath of her eccentric and feisty mother Vivienne (Ellen Burstyn) when she appears to confess in a (somewhat doctored) interview to feeling rather unhappy about her childhood. Siddalee is subsequently kidnapped by her mothers’ life long friends in the ‘Ya Ya Sisterhood’ (a kind of proto-feminist ‘support group’ they had formed together in their youth) so that mother and daughter can be confronted with each other. Eventually, with the Sisterhood’s help, Siddalee comes to understand the ‘dark side’ of her mother’s character, so leading to an eventual  rapprochement between the two. The film is a warm, lightly comedic tribute to the potential strength of female solidarity. 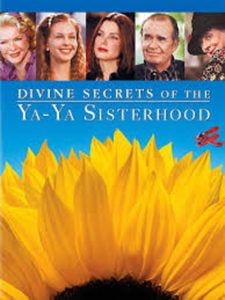 Waiting For You is a stately country waltz, dominated by plaintive steel guitar and backed by an oddly stiff, almost military drum pattern. Although it expresses a degree of anguish, its imagery and its delivery are playful, allusive and ultimately reassuring. Dylan’s voice begins by sounding cracked and bitter, but becomes increasingly warm as the song progresses and we sense a kind of optimism building …Hope may vanish… Dylan confides  …but it never dies…

Dylan has always written love songs, of a kind. But only in his Nashville Skyline ‘romantic phase’ did he really seem interested in conventional romance. Mostly he has written songs that focus on particularly difficult or poignant moments in relationships. Often these are broken love relationships, where the singer looks philosophically at what has happened. …Don’t think twice… he tells the girl he is leaving ..it’s all right… as he wanders off down another dusty road, ‘one too many mornings’ and ‘a thousand miles behind’. … I am closing the book/ On the pages and the text/ And I don’t really care What happens next… he sighs in Going Going Gone.  Other Dylan songs focus on different kinds of love. Dylan seems particularly interested in the joys and agonies of parental affection. This may be expressed sweetly and hopefully, as in Forever Young or poignantly, as in New Morning’s shimmering Sign On The Window  when the narrator sings ….have a bunch of kids who call me pa/ That must be what it’s all about… in a kind of faltering tone, as if trying to convince himself that what he’s saying is true.  In perhaps Dylan’s most tragic song Tears Of Rage (which quite deliberately echoes similar themes in Shakespeare’s King Lear) the anguished parent of a child who has turned away from his or her values rages against the dying of the light …Now the heart is filled with gold, as if it was a purse/But oh what kind of love is this, that goes from bad to worse… 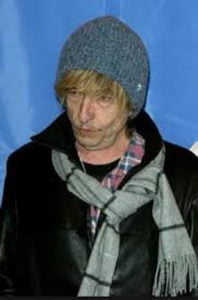 Waiting For You can be seen as an address by Ya Ya Sisterhood’s anguished mother Vivienne to the estranged daughter. Like Tears Of Rage it deals with the dilemmas of parental love when the child has grown up. You can almost hear the parental sighs at the child’s wilfulness: …I’m letting her have her way…  the narrator sings, and …the poor girl always wins the day…  All this is a prelude to the meeting between mother and child that forms the core of the film’s story. Dylan builds this up towards the end of the first verse with some delicious allusion. As the music swirls, we seem to be in some kind of dancehall (on the ‘outskirts of town’ no doubt!) The dance appears to be increasing wild, erratic and drunken, with the …whiskey flyin’ into my head… The band is playing so hard that …the fiddler’s arm has gone dead… There is a suggestion of small-town claustrophobia: …talk is beginning to spread…  The second verse appears to deal in sentimental cliché, as the narrator cries self-pityingly into her whiskey bottle: …It’s been so long since I held you tight/ Been so long since we said goodnight…  and …The taste of tears is bittersweet/ When you’re near me, my heart forgets to beat…  But the third verse rescues us from this maudlin direction with perhaps the song’s most charming lines …Well the king of them all is starting to fall/ I lost my gal at the boatman’s ball… Dylan lets his tongue linger over these lines, which allude to a nineteenth-century minstrel song De Boatman’s Ball, written by Daniel Decatur Emmett, the composer of Dixie (covered memorably by Dylan in his own movie from the same year Masked And Anonymous) . The narrator now appears to be laughing at herself, having lost her daughter to the world of fame and entertainment. The next line …The night has a thousand hearts and eyes… alludes to the jazz standard The Night Has A Thousand Eyes, a song of the same name performed by Dylan’s early compatriot Bobby Vee and a famous short poem by the late nineteenth century poet Francis William Bourdillon:

The night has a thousand eyes,
And the day but one;
Yet the light of the bright world dies
With the dying sun.

The mind has a thousand eyes,
And the heart but one:
Yet the light of a whole life dies
When love is done. 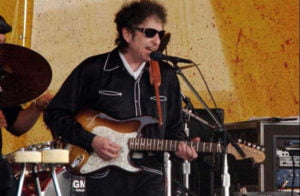 Dylan tweaks this lovelorn line slightly to emphasise the steadfastness of the narrator’s ‘heart’, as she emphasises how she will …stay on top of things…  She will keep that ‘eye of the heart’ open, despite her estrangement from her daughter. In the last verse she begins to empathise with the daughter more strongly: …Another deal gone down, another man done gone/ You put up with it all, and you carry on… Clearly she admires her courage and steadfastness, as one woman to another, confessing that … I’d bet the world and everything in it on you… Finally she offers humble solace in the clever couplet … Happiness is but a state of mind/ Anytime you want, you can cross the state line…  The pun on ‘states’ is one many American writers have used from Whitman onwards. Here you can hear her bravely brushing away the tears and wishing her daughter the best, hoping that she will be able to give her comfort. Now the band has packed away its instruments and the mother sits alone in the deserted dancehall. In her drunken state she can still hear the waltzes playing and she is picturing her little girl as she was, small and helpless. The feelings of abandonment and betrayal have been resolved and despite her pride she is ready to give hope and comfort. 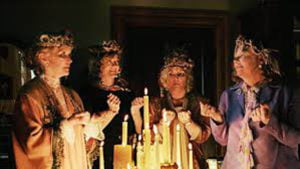