Between the complex metaphysics of When The Deal Goes Down and the luxurious poetry of Workingman’s Blues No. 2, we get a little light relief as Dylan communes once again with the ‘ghosts’ who loom behind the surfaces of Modern Times. Someday Baby is another ‘my baby done left me’ blues. Like Rollin’ and Tumblin’ it is an adaptation of an earlier song which has been developed through the work of a number of leading blues singers. The first known version, titled Worried Life Blues, was written and recorded by legendary blues pianist ‘Big Maceo’ Merriweather in 1941. Various versions of the song, some called Someday Baby, have been recorded by Lightnin’ Hopkins, B.B. King, Eric Clapton, Sleepy John Estes, Mississippi Fred McDowell, John Lee Hooker and Muddy Waters. A number of these artists have adapted or comprehensively rewritten the lyrics and many have claimed ‘authorship’ of the song. What all these versions have in common is the expression by the singer of a desire for eventual revenge against an unnamed female. The singer is always telling us that eventually she will come to regret leaving him in the lurch. The song consists of a series of excuses the singer makes to himself for how his ‘revenge’ will be delayed. Very often, the tone of the singer’s hurt is exaggerated and, by implication, self mocking, so that the song becomes – like so many blues songs – a kind of self-commentary. As with Rolling and Tumbling Dylan completely rewrites the verses, but the attitude he conveys is very similar to that of his antecedents. He pleads with us to ‘pity po’ me’ but his tone he adopts makes us question whether we should take this plea at face value. 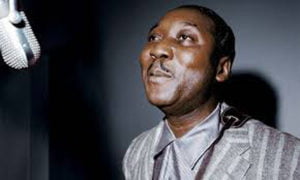 The music here is more relaxed than Rollin’ and Tumblin’, and the expression of the singer more equivocal. The lyrics are modest, as unpoetic and subdued as the singer’s tone. Only occasionally does a more deliberately self-analytical tenor creep in. It is at these moments that we are reminded of Dylan’s characteristically self-conscious use of the blues idiom. Modern Times is, like Time Out Of Mind (1997) , Blood On The Tracks (1975) and New Morning (1970), a kind of very personal testament; a series of songs through which Dylan attempts to work out his own personal place in the scheme of things. On New Morning he attempts to balance a simple joy in family life in the country with nagging self-doubt about what he should be doing. But the prevailing tone is of contentment. On the ‘divorce album’ Blood On The Tracks the main feeling we get is of rage, woven through complex stories about lovers who can never agree as to ‘what is best’. In Time Out Of Mind, as Dylan confronts his own mortality, we begin with a kind of tired disgust and end with dazed, exhausted detachment. Modern Times contains all these emotions, from the apocalyptic rage of Ain’t Talkin’ to the romantic heartbreak of Nettie Moore to the philosophical resignation of When The Deal Goes Down and Spirit On The Water. Yet its prevailing mood, at least so far, is of proud self-assurance. At the end of Time Out Of Mind’s closer Highlands the singer asserts that he has …new eyes/everything seems far away… Through those ‘new eyes’ Dylan now confronts the sources of his art. Having conjured up the inspirational forces that constitute his ‘new-found faith’ in creativity, he calls their spirits to him and lets them fill him up. In doing so he invokes the mysterious process of how the blues conveys emotion, a process that has been one of the central fascinations of his career. While the album’s more poetic pieces reference the blues as part of a wider lyrical vision, the more lyrically basic blues numbers convey their message through the subtle use of nuance.

On Someday Baby Dylan never sounds in the least depressed. At worst he offers a shrug at the world’s unfairness. The band is tight and disciplined, playing in a relaxed way that nevertheless hints at a certain tension. Dylan’s vocal is smooth and understated, even rising in pitch slightly as he sings the chorus line …someday baby, you ain’t gonna worry po’ me any more… One of his most distinctive vocal techniques has always been his use of unexpected stresses, a way of singing that has allowed him to continually reinvent the meaning of his songs and keep them wholly alive. Here, in contrast to his natural gruffness, the singing is smooth and assured. Only at the really crucial moments in the song, where genuine questions are being asked, does he sound less than certain of what he is telling us. One such moment is the end of verse two. As he complains …well, you take my money, and you turn me out… his voice glides over the syllables. But then, during the next line …you fill me up with/nothin’ but self doubt… he lingers just slightly on the first syllable of …nothin’… as if he is hesitating slightly over what he is about to say. Of course, his ‘baby’ has just ripped him off for all his money and thrown him out of his own home, so he has some right to be a little cross. But ‘self doubt’ seems a rather mild punishment for him to endure and seems a remarkably self-conscious phrase to use during a blues song. 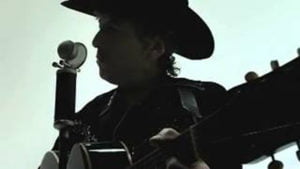 In the next verse, the singer sounds like he might lose his cool. …You drive me so hard… he asserts …almost to the grave…. his voice becoming suddenly guttural on the final word. But the overall delivery is still so smooth that it’s hard to believe he’s really so hurt. This impression is verified after a short instrumental passage, with snatches of unflashy guitar building up the tension, when we hear that …I’m so hard pressed, my mind tied up in knots /I keep recycling the same old thoughts…, his voice gliding over ‘thoughts’, as if the singer’s problem is not really with the woman but himself. Thus the violent declaration that he will …wring your neck… in the next verse seems unconvincing, especially as he claims that he would only do it to preserve his ‘self respect’. The singer tries to be angry, telling the girl she can …take your clothes/put ‘em in a sack… and that he …gon’ drive you from your home… but it feels like an empty boast. Finally the singer can only reflect that …living this way ain’t a natural thing to do… and rather pathetically laments …why was I born to love you?. After a short instrumental passage, the track fades away. Nothing, as Dylan once had it, is revealed. But it’s hard to see this as any kind of anguished love song. It seems that Dylan is once again addressing his muse. It is the ‘Tambourine Man’, the spirit of inspiration, that he was ‘born to love’ and it is the pressure of expectation on him that has driven him nearly ‘to the grave’. He is ‘so hooked’ on his muse’s charms that he must continue to serenade the creative spirit, no matter how ‘unnatural’ it may seem to him to continue doing so. Yet he is worried that self-doubt and lack of inspiration (those ‘same old thoughts’) will overwhelm him. But the lack of any convincing panic in his voice or in the music conveys the impression that this is very unlikely to happen. In Someday Baby the singer fears that his muse may desert him. One day, he tells us, he will be gone, down a road from which there is no return. The tussle with his ‘self-doubt’ will then be finally over. That day still seems a very long way away. But the song is a reminder of the constant struggle between the artist and his imagination, between creation and the void. Modern Times represents the triumph of that struggle, demonstrating eloquently how Dylan has risen from the depths of lack of inspiration to forge a new, more self-aware, form of artistic expression.

Now we are halfway through the album, what would once have been the ‘end of Side One’. For the most part, the songs so far have been gently personal, playful, affirmative, philosophical. But from here on things begin to take a darker turn. The singer begins to survey what lies ‘beyond the horizon’ of his own perceptions. He begins to look outward, to the world outside. Having defined his own position, he is about to take the true measure of our ‘Modern Times’ 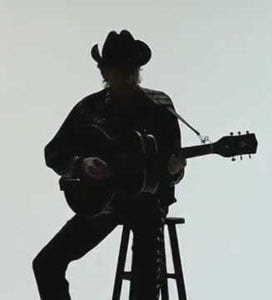